Just What Have We Got Here?

I knew Rita was basically "all there", and I knew she had been running when she was parked.  Dad had done a great job in keeping her preserved for me, but she had been sitting for twenty years.  Just what, exactly, were we in for?  We decided to power wash the engine compartment as rats had visited it...often...and left little reminders of their last meals behind. This set of pictures shows the engine pre-wash and after (prewash we had already removed the windshield washer bag and post wash we still have the air filter cover and breather tube removed), as well as some general pictures of the car itself, showing the condition of it.

There are some things missing or damaged. (Trim piece from driver's seat and pillar light - both shown here). One of them is NOT the D off the tailgaite - it was loose and so was removed and placed in the glove box. Power washing answered one big question: to repaint or not?  The body was repainted in 1978, the top is original.  We were going to delay deciding on repainting, but the force of the water stripped some of the paint off the front fenders, so a repaint is in Rita's future.

All in all, she is in really nice shape - no rust, and the interior, except for some seat splitting, is very good. 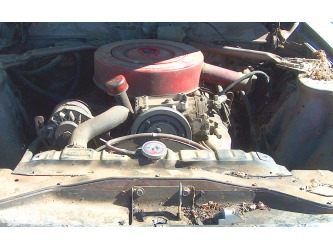 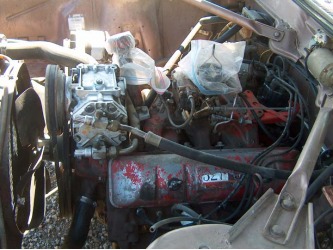 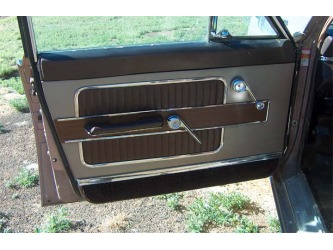 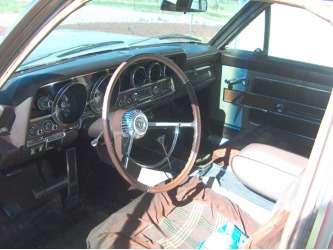 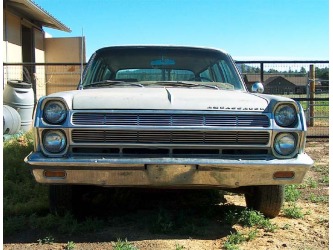 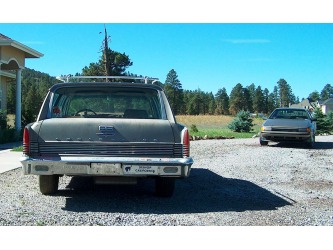 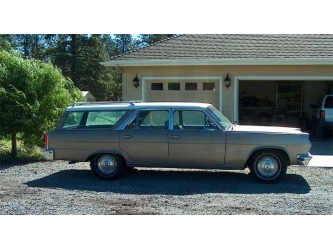 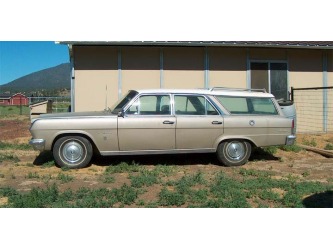