Rick has been working on the wiring for most of the last two months.  I've been reconditioning the dash, the dash knobs, and other controls.  Now....to get it to go all back together........ 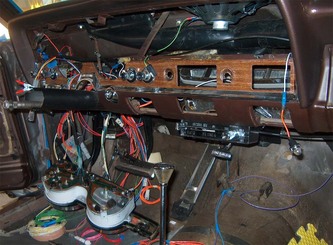 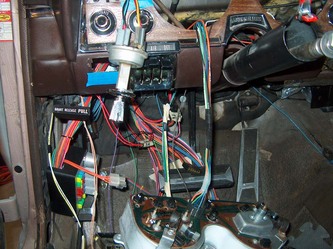 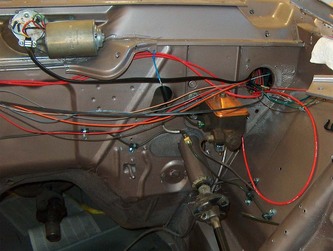 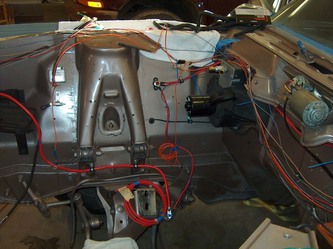 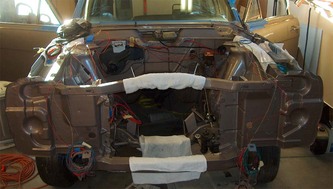 We started testing the new wiring system today. The headlights, tail lights, and dash lights all checked out (well, their sockets did - some of the actual lights are not on the car right now.).  The NOS turn signal cam is in place and works.  it gives a completely different feel to the turn signal now. The old one, in addition to having one end of the cam broken off, was pretty worn.  We tested the horns on the bench - it's the first time in over 20 years that I've heard the car's voice. Yup - I was grinning like a goon.

I did the final polishing of the steering wheel.  I filled the cracks on the back with a clear resin, which has bonded well with the existing wheel.  The cracks still show, but they are stabilized. I considered a couple of differnt ways to repair this, but didn't want to repaint the part that was damaged and this would have lost the swirly-pearly rose quality of it. The dash is one of the prettiest parts of the car and I didn't want to change it if I could figure out a way not to.