The Stuff that Makes it Go 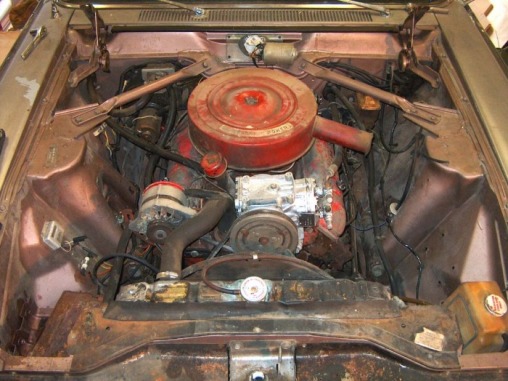 The engine is the AMC 327. There is a good article here about this motor
http://en.wikipedia.org/wiki/AMC_V8_engine
The 1957 Rebel, equiped with this engine, was the fastest American production car of 1957 except for the fuel-injected Corvette. Our car is special in that it has a two barrel carborator instead of the standard four.The transmission is a Borg Warner automatic "Flash-o-matic".

The bad news is a coolant leak sometime during storage caused rust in the engine and it would need more work than we thought.  The camshaft was also very worn.  The good news is the transmission was like new.  The further good news is an NOS cam was located, and the engine wouldn't need extensive work.

The interesting news was that a large dead rat was found in the exhaust manifold.

More pictures will be posted as work progresses.

UPDATE 2/2010
We're getting close to having the engine compartment ready for the engine. (Yay). We just have to get the snow to melt a bit before trying to trailer the car back to the engine shop.

It's a mite snowy around here this year.

We ended up boring the engine .03 over, and found the pistons to fit. Once we take the car back to the shop, the transmission and the engine get put back in, and then we check out the rear end, which is the last big question mark.  I am hoping we are lucky and it's good.

I can't wait to see it start to go back together! 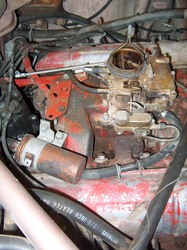 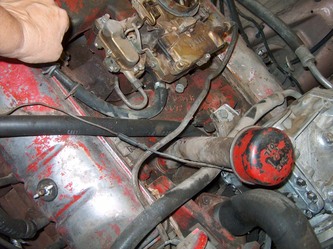 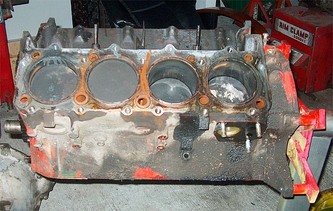 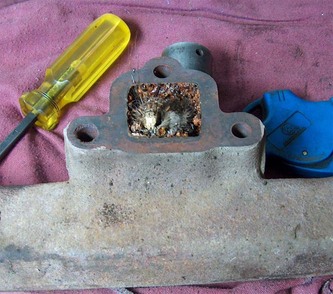 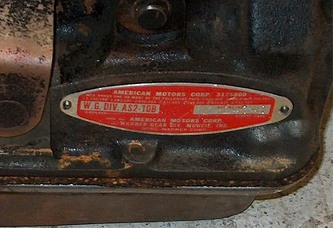